Knowing the characteristics of each prefecture may be useful in deciding where to go for your next trip to Japan. Here in FUN! JAPAN, we will tell you the "unknown side" of each of the 47 prefectures in the series.

Introducing this time is... Yamanashi Prefecture!

Although it sits next to Tokyo where you can meet the abundant nature that cannot be found in the city, but what are the unknown characteristics of Yamanashi Prefecture? Shimizu, a staff member of FUN! JAPAN who was born and raised in Yamanashi prefecture, will explain in great details for you.

A prefecture without any sea... but their love for sushi is No.1 in Japan?

Japan is an island country surrounded by the sea, but there are only eight prefectures that do not have any sea or coastline, and Yamanashi Prefecture is one of them. (The other 7 prefectures are Tochigi, Gunma, Saitama, Nagano, Gifu, Shiga, and Nara)

I'm from Yamanashi Prefecture, but I was born and raised in a place surrounded by mountains on all sides, and I had never seen the sea until I became a junior high school student.

But just because Yamanashi doesn't have the sea doesn't mean its citizens don't have the opportunity to eat delicious seafood. Rather, it can be said that Yamanashi citizens "love seafood the most in Japan."

And that is because Yamanashi Prefecture has the largest number of sushi restaurants per 100,000 population among the 47 prefectures.

According to the report of "Economic Census Survey" released by the Ministry of Internal Affairs and Communications in 2015, there are 255 sushi restaurants in Yamanashi prefecture (as of 2014), and the population of Yamanashi prefecture is about 840,000 (as of 2014). In other words, the number of sushi restaurants per 100,000 population is calculated to be 30 restaurants. This is the highest number among the 47 prefectures. (2nd place is Ishikawa Prefecture, 3rd place is Tokyo Metropolis)

Although Yamanashi Prefecture does not have any sea, it is adjacent to Shizuoka Prefecture, where Suruga Bay is located. Therefore, it has been possible to transport fish caught in Suruga Bay to Yamanashi Prefecture without spoiling since ancient times when transportation means such as trucks were not developed yet. Even without the sea, we have always been able to eat seafood on a daily basis.

Believing that Mt. Fuji seen from the Yamanashi side is more beautiful

The most famous thing in Yamanashi Prefecture is Mt. Fuji. I have been spending time watching Mt. Fuji every day since I was born. (As it was natural to see Mt. Fuji, it is not a special existence for me.)

The reason is ... in the photo below.

Since the prefecture name "Yamanashi" contains the word "Nashi" (梨 pears), some people mistakenly think that Yamanashi prefecture is the production center of pears.

There are various theories about the origin of the prefecture name "Yamanashi", but one of them is that there were many fruit trees called "Yamanashi" (ヤマナシ literally 'wild pear'). "Yamanashi" is a member of the pear family, but its fruit is sour, so it is not suitable for consumption.

As many of you may know, grapes are the most commonly produced fruit in Yamanashi prefecture.

Many of my acquaintances are peach farmers and grape farmers, and in the season, I often get grapes and peaches for free from them. I didn't have to spend money to buy grapes, so when I became an adult and lived in Tokyo and saw grapes sold at supermarkets, I was surprised at such a high price.

The love for family is No. 1 in Japan?

A survey of 47 prefectures conducted by Sony Life in 2021 revealed that Yamanashi citizens value their families more than people in other prefectures.

According to the survey report, when asked "Do you want to spend time and money with your family?", 37% of Yamanashi citizens answered "yes". This is the highest ratio among the 47 prefectures.

By the way, the lowest rank is Osaka citizens, with only 18% answered "yes". It is a result that you can see that the people of Yamanashi feel great value in the time they spend with their families.

The oldest inn in the world was in Yamanashi Prefecture!

"Nishiyama Onsen Keiunkan", located in Hayakawa Town, Yamanashi Prefecture, is known as the longest-running inn in the world.

The history of Keiunkan began more than 1,300 years ago. In 705 AD (Keiun 2nd year), while Fujiwara no Mahito, the eldest son of politician Fujiwara no Kamatari, visited Hayakawa Town, he found a hot spring gushing up. This is said to be the beginning of Nishiyama Onsen Keiunkan.

Keiunkan is located in a place that takes more than 2 hours by train and bus from Kofu Station, one terminal station in Yamanashi Prefecture. As a hot spring inn where you can spend a quiet time in a quiet place surrounded by mountains, it has been loved by many writers and celebrities from the past to the present, and in 2011 it was certified as the "oldest inn in the world" by the Guinness World Records.

At Keiunkan, you can also enjoy the gourmet foods that Yamanashi is proud of, such as the Wagyu beef brand "Koshu beef" raised in Yamanashi Prefecture, and Yamanashi's specialty "Nigai" (煮貝 literally 'boiled clam'), which is made by boiling abalone in soy sauce. Five Lakes at the Foot of Mt. Fuji
CHUBU / HOKURIKU 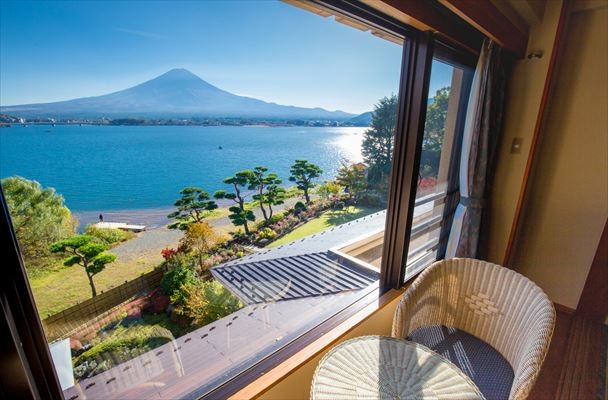 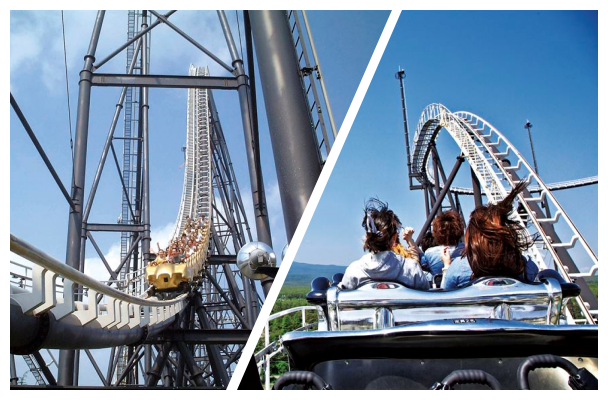