Yokohama Chinatown is a popular tourist spot where you can eat authentic Chinese cuisine. The area's look is inspired by China, and it offers gourmet dining, shopping, recreation, amusement, temples, and a great variety of other tourist attractions.

Yokohama Chinatown has a long history, and was developed around the 1860's, when the Chinese population in Yokohama started to grow. At the time, Chinatown consisted of only 3 shops, but now there are over 600. With the large numbers of shops and its 500 square meter area, it's not only the largest Chinatown in Japan, but in all of East Asia.

Things to do in Yokohama Chinatown

In Yokohama Chinatown, there's something fun to do in every direction, be it dining, shopping, playing, or sightseeing at a temple. We will introduce some of our favorite spots.

There are over 300 shops that offer food in Chinatown. In order to get the most out of the gourmet experience, we recommend doing a walking tour while eating. Favorites are fried xiaolongbao dumplings, steamed Chinese buns, shark fin soup, steamed rice cakes wrapped in bamboo leaves, sesame dumplings, and almond jelly soft serve ice cream. The fried xiaolongbao dumplings are especially good. The balance of the texture of the dough and the collagen-rich juice is delicious.

Or if you'd prefer a more leisurely dining experience, go for a dine-in restaurant. At a restaurant, you can choose from fare such as Peking Duck, boiled shark fin, Mabo Dofu, fried rice, and much more. You can even choose from various regional cuisines, such as Cantonese, Shanghai, Szechuan, or Beijing styles.

There are a total of 10 Paifang style gates spread amongst the entry points into the Yokohama Chinatown, on all sides of the area. Among these gates, the Zenrin Gate is often featured in television or magazine reports as having been the first built. It's a colorful and magnificent gate, and is very popular as a photography spot.

There are lion and dragon dances, an imperial costume parade, as well as other shows introducing Chinese cultural customs, and the restaurants offer seasonal menus based around the festival. The festival is now the main event in Yokohama Chinatown, and draws the largest numbers of tourists during the year.

The festival is held over about 15 days between early February and early March. The dates change from year to year, so it would be best to check the Yokohama Chinatown homepage for details. 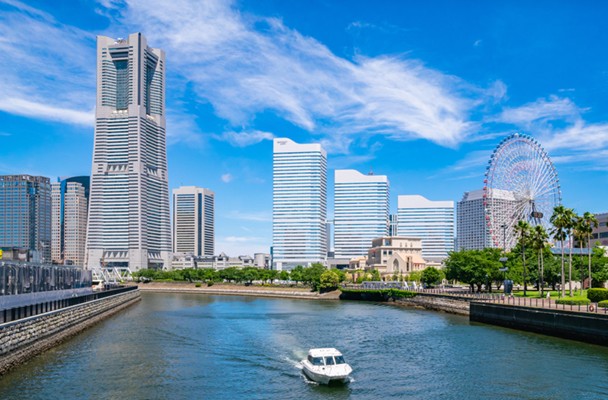