With so much cool art on display at the Sapporo Snow Festival, making the trek to Japan’s northern island of Hokkaido just to see it is a must for any traveler. Witness some of the biggest and best ice and snow sculptures in the world and chill out at this annual festival held in the Susukino and Odori districts in Sapporo and Tsudome on the outskirts.

Chill Out at the Sapporo Snow Festival

Held at the start of February every year, the Sapporo Snow Festival, also known as the Sapporo Yuki Matsuri, is a great snapshot into the minds of those living in Japan over the year prior. Usually, you’ll see realistic depictions of famous landmarks, like Asakusa’s Senso-ji, and pop-culture icons, like a life-size version of the head of the Colossal Titan from the hit anime series, Attack on Titan.

The Sapporo Snow Festival has brought more than 2 million people per year in recent years to see the icy displays over the two sites in early February. The first site is at Sapporo Community Dome, also known as Tsudome, and is held the week before the second festival, showcased in central Sapporo in the districts of Susukino and Odori. The largest display is in Odori Park, with 208 sculptures on display in 2018.

People from all around the world come to showcase their works of art. An International Snow Sculpture Contest is held at the Odori site with competitors from 18 countries. The 2018 winners from Thailand created a beautiful piece showcasing one of the most popular sports in the country. A beauty contest, named the Susukino Queen of Ice, is also held every year on the Susukino main stage. Beauty comes in many forms here in the wintertime.

If you Google the festival, no doubt most of the results you’ll return are Sapporo Snow Festival anime sculptures. The festival and the “Cool Japan” cultural exports go hand in hand and have a long history together. The appearance of Astro Boy in some of the earlier festivals was referenced again in 2018 celebrating the 90th birthday of his creator, the “godfather of manga”, Osamu Tezuka with a huge display that was the main feature of that year’s event.

Usually, there are two types of displays at the Sapporo Snow Festival, one being corporate, or in collaboration with a company, and amateur-made creations. Corporate displays are usually on a massive scale, with highly fine detail, used to advertise an anime series or game, like Love Live! Sunshine, or Final Fantasy XV.

The most famous of these collaborations was the creation of “Snow Miku”, a wintery, Hokkaido-themed take on the virtual Vocaloid singer, Hatsune Miku. The amateur creations, while not as impressive as the corporate sculptures, are done by local organizations and sometimes even a single person. Usually, the sculptures reference certain pop-culture elements or characters that they enjoy.

The Sapporo Snow Festival Night show is the best time to see the snow sculptures lit up. While the Tsudome site closes early at 5:00 pm, the snow-case continues in Susukino and Odori, both known for their bright nightlife, which reflects in the snow on display. The two sites turn off their lights at 10:00 pm, so make sure you’ve had your snow fill by then.

The best place to see the snow light is from the Sapporo TV Tower, in the eastern section of Odori Park. You’re able to get a day/night ticket to the observatory looking over the main site of the festival for 1,100 yen, giving you the option to see the displays at two different beautiful times of the day.

If you just want one time of the day, tickets go for 720 yen. During the Snow Festival, they extend the opening hours from 8:30 am 10:30 pm, giving you all the time in the world to enjoy the white wonderland. Don't miss it! The Chocolatey World of Shiroi Koibito Park in Hokkaido
HOKKAIDO 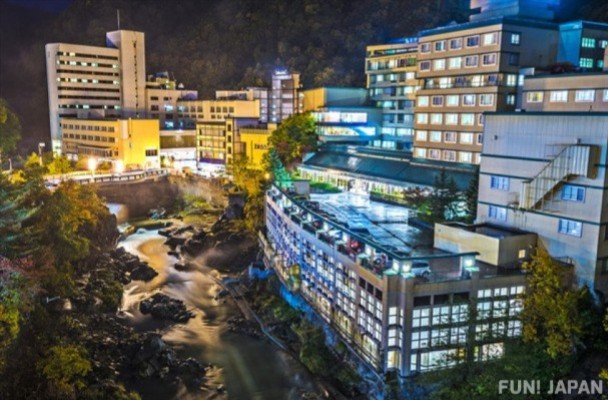 6 Sapporo Restaurants in Hokkaido That You Should Know
HOKKAIDO